Types of Animation: A Guide for Motion Designers 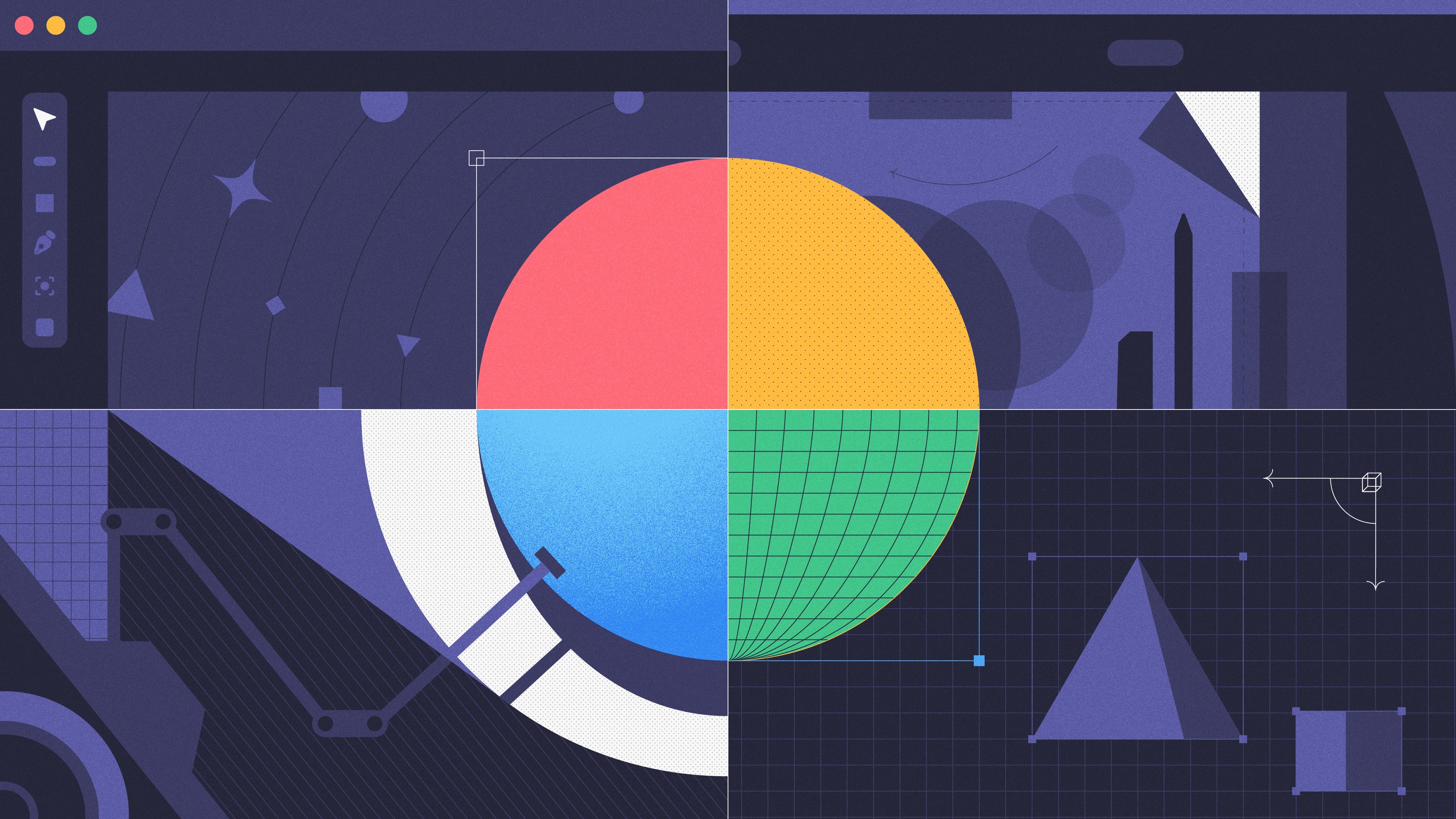 As motion designers, it’s our job to create eye-catching visual designs that capture an audience, convey a message, and tell a story. But as we sit and work on high-powered computers, it’s easy to forget that motion design is part of a long history of animation that has evolved over more than a hundred years. Many of the principles and techniques that guide our work, were developed by the traditional animators of the past.

To figure out where we are going, it’s good to know where we’ve been. In this article, we’ll take a look at the various types and styles of animation and how they relate to our work as motion designers. Let’s dive in.

Anyone can give an example of animation, but what is it exactly? Is it images and characters moving around on a screen? If so, how is that different from traditional video?

The critical difference is that film or video is a passive process of capturing life in action (hence the old term, “moving picture”), while animation is the active process of bringing inanimate things to life.

There are countless ways to create the illusion of motion through animation. Almost every art form imaginable has been animated at some point. However, from a practical point of view, only a handful of animation styles and methods have emerged as being technically and commercially viable.

But it’s important to understand that animation as a popular storytelling medium can be divided into two distinct eras: Traditional (before computers) and Modern (after computers). While traditional animation styles have been kept alive by purists and auteurs, the vast majority of animation work done today is generated on machines.

First, let’s look at the traditional animation styles that laid the groundwork for animation as we understand it today.

As mentioned above, traditional animation refers to all animation techniques that don’t rely on a computer. This category can be further split into 2D and 3D styles, where the main difference comes down to how the images — particularly light and shadow — are rendered.

The common link between traditional 2D and 3D is that both methods are realized through a painstakingly slow, frame-by-frame process. Masters of the craft lead entire armies of animators to turn drawings or puppets into movie magic.

In traditional 2D animation, an artist (or team of artists) creates a series of stylized 2D images that, when photographed in sequence, create the illusion of motion.

This is the classic standard for animation. From Mickey Mouse to The Little Mermaid to the Teenage Mutant Ninja Turtles, this is the animation style most people are familiar with and the one we most readily associate with animated entertainment.

In the cel animation process, the work is usually divided among a large team of animators, all working together to achieve the director’s vision. A “keyframe artist” will draw the critical frames in a sequence while “in-between artists” fill in the frames between the keyframes. Then, these drawings are transferred to transparent acetate sheets, painted, and photographed in sequence over a still background – a brutally slow process.

Think about that next time you just drop a few keyframes in a motion design project, then allow the computer to interpolate the frames in between. How long would it take you to draw all those frames by hand?

A subtype of cel animation, Rotoscope is the process of creating animation by tracing over live-action reference footage. Classic examples include the Max Fleischer Superman cartoons of the 1940s, and the film Fire & Ice (1983). When watching, it’s clear the characters and movements are based on the limitations of real people rather than displaying the inhuman elasticity of cel-animated characters.

Vox's "The trick that made animation realistic" gets into the history.

Cut-Out animators arrange and move pieces of paper to create characters and motion. It’s an efficient form of animation because characters can be reused many times; there’s no need to create time-consuming drawings for each frame. The most famous example of this style is the early seasons of South Park.

While only the original shorts and pilot episode of South Park were created without computer aid, in season four the creators poke fun at their initial experience with cut-out animation.

Motion graphics are essentially animated graphic design, emphasizing text and shapes rather than characters and narrative. Common examples of motion design are movie credit sequences and commercials. For a classic example of pre-digital motion design, check out the opening of Alfred Hitchcock’s Psycho (1960).

A flipbook animator draws an image sequence on a series of pages, then animates by rapidly flipping the pages. This is probably the purest form of animation because it doesn’t even require a camera or projector — all that’s needed is a pencil and a stack of paper.

A Zoetrope is a circular device with a light source in the center. To create animation, a series of images are placed around the circle, then spun. The viewer looks through a viewport and, as the device spins, the illusion of motion is created.

Pixar, inspired by Studio Ghibli, built a zoetrope to show the public how animation works.

Traditional 3D animation is achieved using a technique called stop-motion, where an animator makes tiny adjustments to real-world objects, then photographs those adjustments one frame at a time. Stop-motion employs many of the same lighting and camera techniques used by filmmakers.

This is the stop-motion style most people are familiar with, used to create films and TV shows as well as visual effects for live-action films. Highly-detailed puppets are used, often miniaturized to make them easier to work with.

Check out pretty much any movie dinosaur before Jurassic Park, and you’ll see puppet animation in action. For modern examples, take a look at the work of Wes Anderson and Laika.

Laika–an American stop-motion animation studio–takes us behind the scenes of "Coraline."

Also called Claymation, this is another classic stop motion technique, but the main difference is that clay models are used rather than puppets. Clay provides a distinct visual look that tends to be more fluid and malleable than what can be achieved with puppets.

Insider take you behind the scene of "How Claymation Movies Are Made."

Many filmmakers and animators got their start by making movies with their action figures, Legos, and other toys. This style, also called Chuckimation, tends to mix a variety of methods including stop motion and puppetry. Robot Chicken is a great modern example of this style.

Traditional animation was also used to support filmmaking, where hand-drawn or painted animations were matched with live-action footage to create special effects. For example, think of the electricity going down the cable towards the DeLorean at the end of Back to the Future.

The End of an Era

If an artist can create it, it can be animated. Paintings, woodcuts, sand, spray paint, sculptures – all have been animated at some point. While artistically interesting, alternative animation methods tend not to be viable because they’re too time-consuming.

And that’s really the key factor when it comes to animation: time. While almost anything can be animated, it’s impossible to do if it's going to take 50 years to complete. Instead, the entire evolution of animation has been a quest to save time and money by making the process more efficient.

For animation to really grow beyond the limits set by traditional methods, animators needed a tool that could drastically increase the efficiency of the process.

We can hand animate text moving across a screen — which can take hours or days — or, we can tell the computer to do it and be done in seconds. No matter what anyone thinks about the beauty of traditional animation methods, the efficiency of digital computers is undeniable. As a result, nearly all modern animation work is done on a computer, known as computer-generated images (CGI).

Traditional animation is still alive, of course, but it has become a novelty, the same way people still might use sailboats for travel in an age of airplanes — fun and charming, but less practical.

Even cartoons that were originally hand drawn are now created using vector-based animation software that mimics the traditional cel animation style. After all, Homer Simpson’s head is just a series of geometric shapes. Why draw them over and over when you can just translate a vector image across a screen? Still, many of the skills, principles, and terminology developed for cel animation are retained in the process today (e.g., keyframing).

"Next Stop" by Brad Gibson

Computer-generated 3D animation is like stop-motion produced in a virtual space. Everything that made stop-motion difficult is made easier by the computer. While there might be some tradeoffs in realism, the ease of working with digital models can’t be understated.

Modern 3D animation can be photorealistic, or it can be hyper-stylized, creating a kind of hybrid style that combines the best features of traditional 2D and 3D. The best examples of this come from Pixar, which was one of the first studios to produce animated films rendered entirely in 3D CGI. 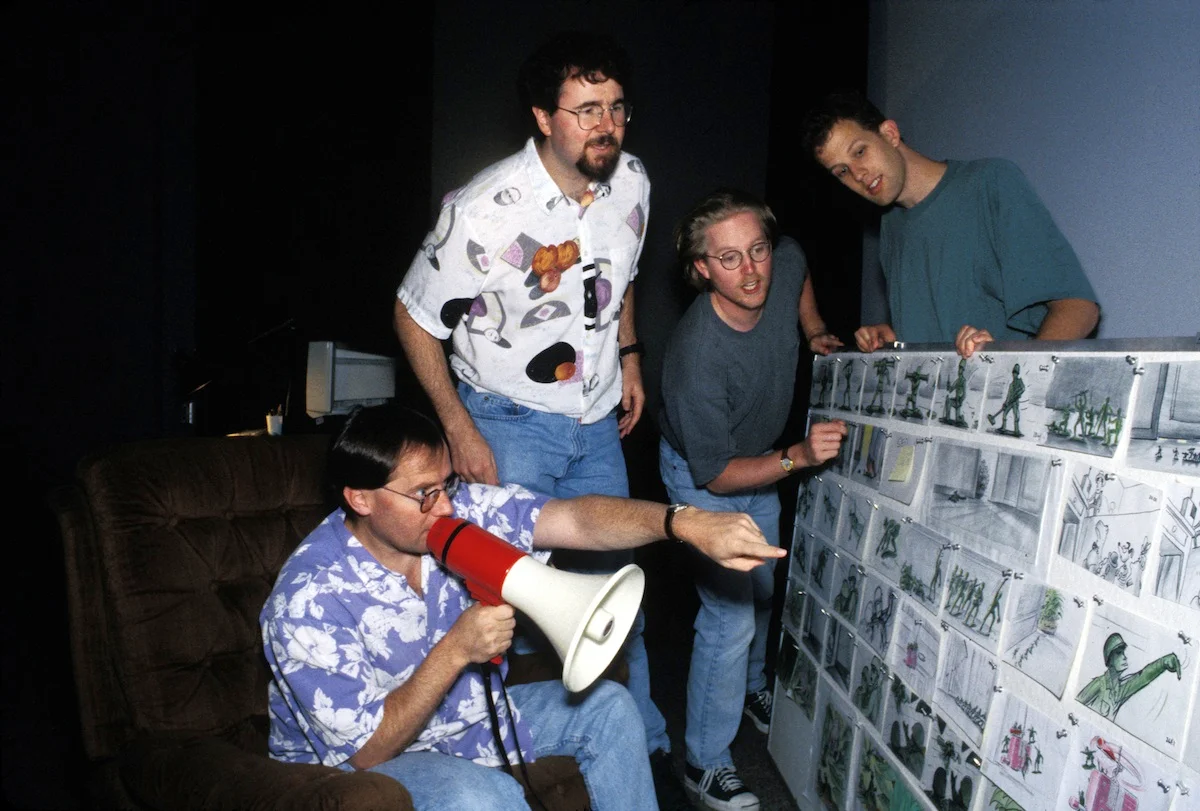 Computers have dramatically expanded the ways in which animators can add visual effects (VFX) to films, increasing safety. Nearly every dangerous special effect can now be photo-realistically recreated by computer animators. Fire, water, electricity, explosions, gunshots, makeup — all can be animated with incredible realism. Is it better? Maybe, maybe not. But it’s malleable and safer, which is all that a lot of producers need to hear.

As with other forms of animation, motion graphics have never been easier to create, thanks to computer software. As with 2D animation, work that used to take days can be done in minutes. Vector-based tools give experts and amateurs alike the ability to create eye-catching designs that would have literally been impossible just a few decades ago.

Why it Matters for Motion Designers

As motion designers, we exist at the leading edge of a long developmental process of animation. While some of the problems our predecessors solved are no longer relevant today, much of what they discovered still affects us — and understanding it can make us better at what we do.

Realistically, animation has always been a hybrid technique, with creators pushing as far as they can, combining as many techniques as possible to create a great experience for the audience. The original Beauty and the Beast combined traditional hand-drawn cel animation with early CGI. Is Avengers: Endgame a live-action film with VFX, or a 3D animation with some live-action thrown in? There’s no clear answer.

While it’s important to see the distinctions between different types of animation, we probably shouldn’t get too hung up on it. The lines between these things are arbitrary and don’t really matter in the big picture. What matters is the creator's intent, the audience, and the story we’re telling. Our job as motion designers is to use whatever tool we can to achieve that goal.

What are the Essential Skills for a Motion Designer

Back to Basics: 12 Animation Principles Every Aspiring Motion Designer Should Know