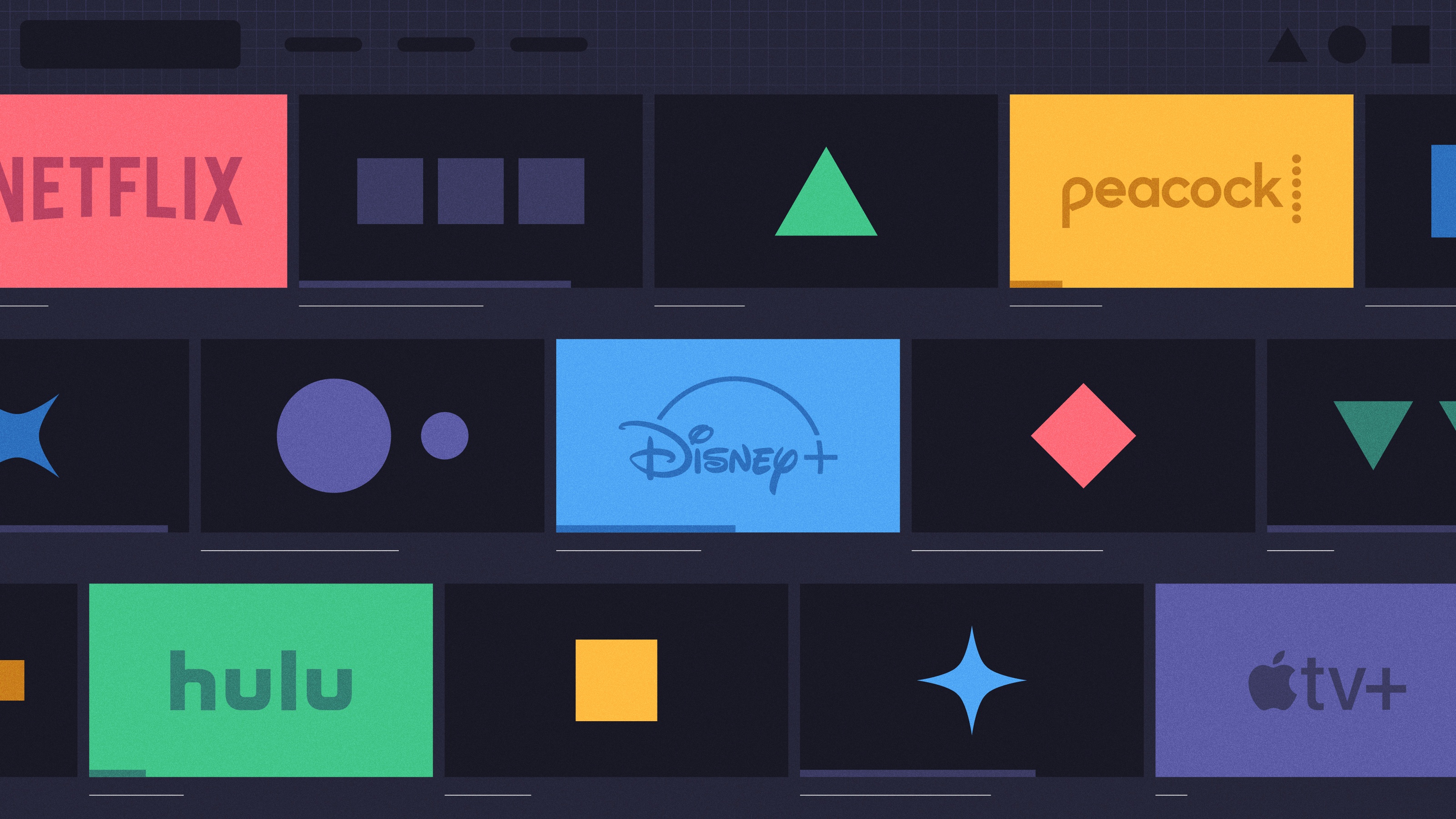 I can’t help but rank these streamer logo animations!

I watch hours and hours of TV and movies on all the big streamers. I probably watch an unhealthy amount, but hey, growing up my parents rarely let me watch TV, so I’m making up for lost time. I rotate from one streamer to the next, devouring a series on one streaming service, moving on to another, then returning back to the first one the following season, like a farmer tilling the soil. I’ve been watching streaming content since Hulu was not just free but also ad-free, and Netflix was just starting to transition from DVD mailers to streaming. Aw, memories!

Anyways, with so many streaming services competing for our attention, I’ve become very interested in one thing in particular - the logos. It’s the place companies can express their identities, make a mark in our hearts, or even create a Pavlovian-like response. (To this day, whenever I hear the HBO static followed by that almost hymn-like “ahhhhh”, I sit up straight because I know I’m about to see some quality, edgy stuff.)

Also, I have a background as a motion designer, including working on brand identities for large corporations, so I really appreciate a nice animated logo. Here are my favorite top 5 streamer logo animations, based on how they’ve adapted from what they’re known for, and the feeling they evoke for me. It’s been fun seeing how these companies present themselves in this new landscape, all in real-time! Also, I promise I’m not being paid by these companies.

I thought this was a bold move for NBC to completely rename their streaming service Peacock. Yes, there was an abstracted peacock in the NBC logo, but after seeing it for so many years, I never really registered the NBC logo as the bird. Plus, after seeing 30 Rock a million times, the NBC logo became synonymous with Kenneth Parcell. The logo for the Peacock streaming service leans into the bird-like qualities of an actual peacock, with whooshing sound design and fluttery movement. It’s a fun departure from its broadcast history, like a cool distant younger cousin visiting from someplace exotic.

This choice is a little different. No shade on the current logo, I just kinda miss the older one. As I mentioned earlier, Netflix used to come in DVDs in the mail! This is how they started. You’d go through their library online, select which movies you wanted, and the DVDs would come in the mail in these little red and white envelopes, like early Christmas presents from Santa. That’s why I love this older version of the Netflix logo. The way the typeface unfurls has a paper-like, origami quality, hinting at literal paper envelopes. It makes me nostalgic for those days when my mailbox included something I looked forward to.

Minimalist, refined, austere. All words one would describe Apple’s brand, and this logo animation matches just that. I appreciate this minimalist animation and how it feels like one of their beautiful computers booting up. Apple TV + launched relatively recently amongst a sea of other streaming services, and this simple, no-frills logo seems to say, “Okay kids, the adults are here.”

Hulu is a unique streamer. It’s one of the few big ones that was always a streamer. It was born online, and this logo really leans into that. The box around the Hulu logo is like a UX button – like an “on” button. The shade of green is like that of an energy drink, as if to say “Get ready to binge.” The way the frame expands and the color pops in then fades towards the end seems to say “Your TV wasn’t really a TV until now.” This assertive logo makes me feel a bit more tuned in or “with it” every time.

That a giant corporation like Disney – a place that has, I assume, a gajillion stakeholders – nailed this logo, and nailed it so well, makes me want to see a behind-the-scenes documentary about its design process. How did this happen? Was it a small special team? Or was it an epic Game of Thrones-esque battle? I want the scoop.

I love this logo because it’s so simple and does so much by looking into the future while retaining its past. On the one hand, its minimalism feels more grown-up and inclusive of the new expanding library of work it hosts (Marvel, Star Wars, etc). But on the other hand, the historical font is retained, and the semi-circle line that travels from left to right hints at a flight path for a shooting star and/or Tinkerbell like the old production logo. Furthermore, the Disney logo itself is positioned in such a way that recalls the Disneyland castle in its absence. In fact, when preparing to write this blog post, my memory of this new logo recalled the castle before I looked it up again and confirmed it wasn’t there. (Is this the Mandela effect?) My favorite detail is the way the top of the vertical line of the plus sign is slightly curved, like an extension of the shooting star/Tinkerbell’s flight path. I get a spark of excitement every time I see it.

What to try out some brand logo animations? Check out Fable’s templates like this one or this one!

68 Motion Design Ideas to Inspire You